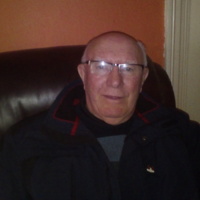 Penny’s PhD dissertation can be accessed at: https://cora.ucc.ie/handle/10468/5469
Other Material Relating to Cork's Main Streets:

CFP_SR00532_davis_2014: Interview with the former manager of The Other Place Resource Centre (South Main Street), Clive Davis, conducted by Stephen Dee and Dermot Casey, as part of the LGBT Archive Collection

CFP_SR00535_wilkins_2014: Mark Wilkins was interviewed by Aisling Byron on the music scene of Cork City in the 1980s and 1990s: the interview contains an in-depth discussion of South Main Street music venue Sir Henry’s and of the South Main Street pub The Liberty.
Click here to access Liam's entry on the Memory Map
Other Interviews with Liam in the CFP Archive

M S So Liam, you were talking to me about the South Main Street before I interrupted you.

L O H Yeah, and I, I kinda skipped the-- I, I actually I meant to speak about, em, Beamish and Crawford’s and em, Sir Henry’s. Now, Beamish and Crawford’s as you know was one of the oldest breweries in Cork and all this business and ‘twas taken over by eh, Heineken, em, back there in the, the early, the-- around 19-, 2000-, when was it? 2012 I think, around that time anyway. But now they’re going turning it into a conference centre now, but it’s a very historical building as you-- and em, as you can see, you know the, they’re going to save the façade, the tudor façade and all that business. But when that was a brewery, ‘twas one of the top breweries in, in, in Ireland and Heineken took it over but it’s gone now as such, but em, a-actually, if you loo--, if you look in the -- look up at the, the, the façade of Beamish’s there’s steps going up and on the top of the steps there’s the limestone stone and that is reputed to have come from the old gaol that was over the South Gate Bridge, because for any misdemeanours the-- if you stepped out of line you were beheaded and your head was stuck onto a spike and stuck up over the, the gaol, up over the gaol, which was at the entrance to the South Main Street, and eh-- as a kind of a deterrent like, but that stone inside in Beamish’s, if you ever get a chance to go in there, there’s actually two slots in the stone where they used stick the pikes and the heads on top of them. I just wanted to mention that to you. Now there was also laneways running down from the South Main Street out onto the city walls which was-- the, the river there going down by Cross’s Green-- and for years there was a right of way from the South Main Street, if you ever look in the gateway again of Beamish’s you can see where the laneway was, and when Beamish’s were there the citizens of Cork had a right of way to walk from the South Main Street out to the city walls once a year, whether it still pertains or not I don’t know. Probably gone now with the, with the new building going up.