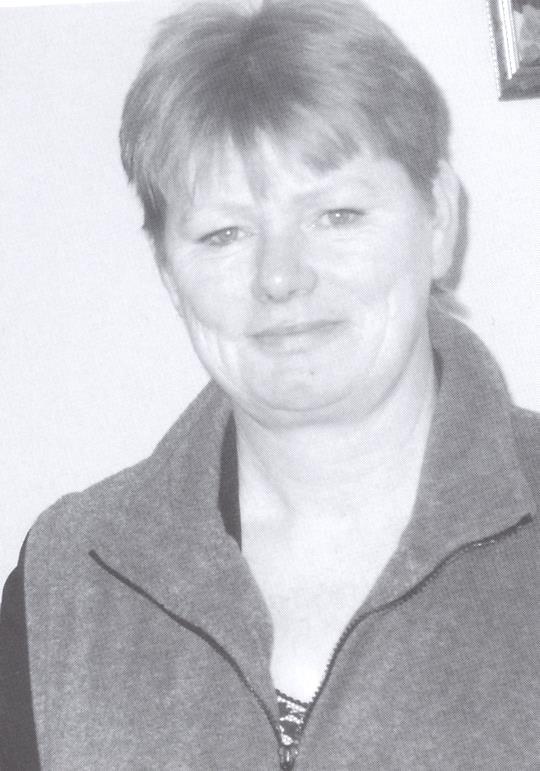 Mary is a Traveller who developed a love of education, which she has tried to instil in others. She talks in detail about her experience of being a Traveller and about the lives of older generations and the history of her community.
Mary was born in Skibbereen, and her family moved to Cork City when she was four years old. After living in a wagon in a lane, the family moved to a house in Ballyphehane. Her mother had 11 children, and this influenced the decision to settle down.
She had a very positive experience of education from Primary school onwards.
In a reverse of the usual pattern, when she got married she moved into a caravan and reared her children there. She was not happy with the education offered for her children and took them out of a scheme for Traveller children. She talks in detail about education for Travellers and describes her experience of helping adults to learn. She also helped to form the Cork Traveller Women’s Network to articulate the needs of her community.
She talks about her father’s transition to settled life in a house. He continued as a tinsmith and fixer for a while. He used to tell the children ghost stories (and she mentions two examples). He played the melodeon and his favourite song was “O’Sullivan John to the Road You’ve Gone”; he also busked with Pecker Dunne.
A treat for her as a child was Dripping Cake.
She sees herself as a Cork person as well as a Traveller, and she has a fondness for the Shandon area and the English Market. She says that her grandmother fed passing squads of Black and Tans and that Travellers were instrumental in passing on news of their arrival in Kinsale during the War of Independence.
Note; This interview was conducted as part of the Cork 2005 Project

F.Q.: I know yeah, em, when you em, came living here then, em had you your five children at that stage.

M.O.: Yes…hmm… I had. Em, and they would … they would have sort of played along the same lines,

M.O.: They would, because, like they… they… at that stage they would have… in the site they would have eh, been collected by bus to go to school, and taken out to school and brought back and what happened in… in the sort of eh in that, sort of a process was, they weren’t… they wouldn’t have been getting the level of education that I would have got, so I suppose, directly, thinking of the children em, I decided to move them, from… you see they were in a structure that was… that the department of Education set in place in the mid-seventies, thinking about traveller children that were going to be coming into the education system and it was the special classes for travellers and they were in that structure and then I wasn’t satisfied with that structure, so I decided to move them, but the… the response I got from the very people who were delivering the structure that the department put in place was shock because they really couldn’t con… conceive that like this is a traveller woman and she’s standing up and she’s sort of taking charge of her children and like, as I said to the principle at one stage, like, I’m sorry now, I said, but I delivered these children, I gave birth to them, so I am entitled to educate them whatever way I want to educate them, but em, like experiences like that now, would have…I would have sort of because of the… the background, the education, eh, the whole sort of comfort thing with school and stuff like that, it stood at times like that.

M.O.: Because it gave… it gave me the confidence to know that I could actually stand up and say, hello, I’m not satisfied with this. I… I know from experience that there’s more to education, like they would never do history, they wouldn’t do geography, eh, they wouldn’t do… a little bit of maths. Once they were able to sign for the dole, now, that was the whole em sort of em, the purpose and aim of that… that structure. Once you were able to sign for the dole that was fine. Once we teach ‘em to sign their name, grand.

F.Q.: They were giving them a little but they weren’t giving the whole lot, ya.

M.O.: That was it... that was it. But it… the shocking thing was that it actually came from the Department of Education. That structure actually was brought down from there and implemented here and the psychological damage that was done to these children, now I caught mine in time em, but still there was a whole psychological thing that went on for them because, I thrown them into the… the deep end in a sense by putting them to national school. The… national school that I would have gone to and would have negotiated with the teachers and the principle for support structures to be put in place for them, because, I remember the three teachers that actually took them, em, asked me to come in and meet them an’, went in and grand and… and they were in a very nice way trying to sort of tell me that the … that they were backward, because they were missin’… they were missin’ huge chunks of education. But when I explained to them why, they completely understood. You know, they weren’t backward it’s just that they were never taught any of the subjects, an’ that goes for an awful lot of traveller children that would have sort of, either gone from Cork to other parts of the country and eh, I remember reading a survey in college and it was done in the earl… the early seventies, and it… this was a government document now, and it was… it stated like that, structures should be set in place… structures and guidelines should be set in place for like… preparing for traveller children that were going to be coming into the education system. That structures and guidelines the same as for backward children should be set in place.