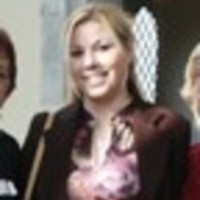 Dearbhla is from Ballyvolane . She is interested in music and drama and has appeared in several productions. Her father was from Sheare’s Street, and she briefly relates some of his childhood escapades.
She talks about going out socialising and the rituals of the night and getting ready. She discusses some Cork slang words.

F Q Now we’ll get to night-time when you are going out, when you’d be going out at night, what places do you like?
D K It depends what night it is really I suppose, ‘cause Thursday’s night our college night, so what we do of a Thursday night is usually go up to Brannigan’s ‘cause its thirsty Thursday up there, and the pints are cheaper so [laughs]. We usually take an interest in that now straightaway. So we’d go to Brannigan’s now alright, we go to Bruno’s, that’s nice pub, that’s down there by the Mardyke and or else would we go now. Oh, I’m trying to think there now, so many of them there we go, well I’d call into Axies, because my friends, one of my friend works in there like so I’d call in for one maybe in there. And then afterwards, we’d go to the, probably Club One, down by Phoenix Street.
F Q Oh yeah, yeah.
D K So I like that place, do you know so? Its kind of a mixed crowd in there really, so its grand, do you know there is a lot of different people, do you know different nations and different age groups.
F Q Is there yeah?
D K Yeah, I like that place in there now so that’s usually where we go at night now or unless we, that’s usually on a Thursday night now unless it’s a Saturday night when town is packed altogether, you just go where you can go. Go where you can get in so.
F Q So like besides that Club One, is there any other clubs that em?
D K That I go to, some of my friends love Vibes, you know Mangan’s, the old Mangan’s, they always go in there but I’ve been in there too much so I’m getting sick of it.[laughs]
F Q Would that be a late bar?
D K Newport next door that’d be a late bar, and then Mangan’s would be the club.
F Q Oh yeah, yeah.
D K They’d be open to about maybe two-ish, then after that get kicked out. Get your munch up in Hillbillys then.
F Q What would ye go for something to eat then?
D K Oh, I have to get Hillbillys, I get a breast in a bun. Oh yeah.
F Q Where’s that in MacCurtain Street is it?
D K Oh, there’s one alright in the Grand Parade but the one in MacCurtain Street is lovely. It's nicer.
F Q Is it?
D K I don’t know what the difference is but we always go up there.
F Q What about now we’ll say before you go out, the ritual of going out, would, getting ready like, would ya?
D K Ah yeah.
F Q How long would it take you to get ready?
D K Ah God, depends if I’m in a rush or sometimes I could do it, then in about ten minutes. No, but, come home now and , come home from work or whatever go in for a shower and I’d start getting ready around, I don’t go out ‘till late, you see, I don’t go out until maybe around half nine, ‘cause I just can’t stand being out and nobody out like so, I start getting ready about maybe half seven, quarter to eight kind of way, and I get out and all for maybe around half nine so. Ah, It doesn’t take me that long but you know I could be just.
F Q I know just.