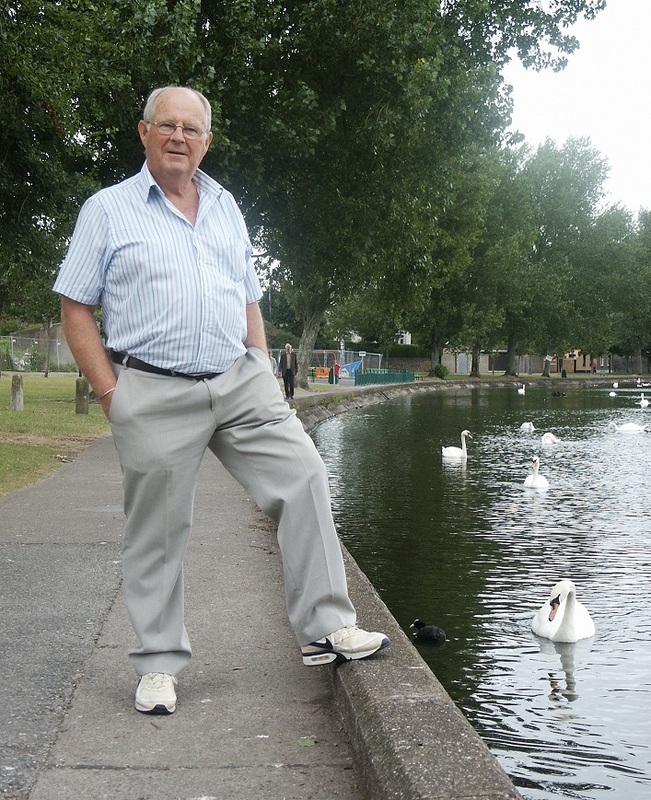 Billy, a one-time Cork Folklore Project member of staff and long-term collaborator, was born in Cork in 1941 and grew up with his six siblings in Quaker Road. His mother was born in Cork and his father came from Dunmanway. Billy attended St Marie’s of the Isle convent school and then Christ the King School in Turners Cross.

Billy recalls that, even though times were hard, life was good, and people didn’t feel underprivileged because all their neighbours were equally poor. He talks about emigration and the Innisfallen ship that sailed out of Cork City every Monday, Wednesday, and Friday, full of emigrants. He would make money as a child carrying bags for country people arriving by bus heading for the boat. He witnessed the heartbreak at the quayside, and he calls this the ‘sad side’ of life in Cork.

Billy recalls having to leave school at fifteen to take over his father’s job as a bread van driver when his father took ill. His career also included working at Sunbeam (Sunbeam Wolsey Textiles), which he describes in detail, and at Cork Airport.

Billy talks about his father, who started off working as a tram driver then became a bread van driver, and who was also involved in the War of Independence. Billy talks about the characters he met while working with his father, collecting eggs and bread from country people and Travellers. He tells a tragic-comic story about his Holy Communion and the May procession.

He talks about various aspects of the Gaelic Athletic Association (GAA), including his presidency of the Douglas club, an account of what hurling is and how it is played, and the link between the GAA and Irish Nationalism.

He tells a humorous story about being taken out of school to cycle from Cork to Watergrasshill to tend sheep on land his father owned.

Billy also remembers fishing and playing hurling up at the Lough. He shares memories of the Lough and its changing environment over the years. He remembers trying to meet girls in Fitzgerald’s Park. He recalls motorcycle racing on Monahan Road and Centre Park Road, and on the Carrigrohane circuit on Sundays.

D.H: Billy are there any places in Cork that bring back memories to you or that you see every day and have a little bit you want to talk about.