Memories of the ‘big snow’ of 1947, going ‘Downtown’ to Cork City in 1964, as well as the life and career of a Cork newspaper printer are just some of the subjects explored in the 22nd edition of The Archive, the annual journal of the Cork Folklore Project.  The Project, who digitally record the memories, oral history and folklore of the people of Cork, have produced the journal in all of its twenty-two years, since it was founded by the UCC Department of Folklore and Ethnology in 1996.   Each year, The Archive explores aspects of Cork Folklore, history and memory, in articles written by researchers on the project as well as well-known historians from across Cork.  Archive 22 contains eleven carefully researched articles which each present a unique insight into Cork’s folkloric heritage.

The Manager of the Project, Dr. Tomás Mac Conmara commented that this year’s journal contains more directly collected material from within the Project’s archive, than ever before:

We have always sought to make our material available for historians and for contributors to the journal.  However, in recent years, we have specifically encouraged articles which drew on our wealth of collected folklore. This both enriches the articles themselves and also serves to underline the importance of that material and how its use can be of tremendous value to exploring various aspects of our history and culture.  Our journal is one of the most popular outreach initiatives we have and it is fantastic to see the distribution grow each year, as more people across Cork and beyond look to read it.

Michael Moore, who has contributed articles previously, this year, reflects on past interviewees, who have passed away since they were recorded.  Historians, Patrick Walsh and Geraldine Healy respectively contribute insightful articles respectively focused on the ‘big snow’ of 1947 and the tradition of shopping in Cork or ‘going downtown’ as it was known in Geraldine’s childhood.  Cork Folklore Project researcher, David McCarthy contributes an extensive exploration on the Bantry Bay Steamship Company, while his colleague David Ryan writes about Blueshirt and IRA activity in 1930s’ Cork.  In all of the above, material gathered as part of the Cork Folklore Project’s collection programme is integrated into each article.

Mark Wilkins has consistently authored articles focused on this history of music in Cork and in this edition, explores ‘Cork and Contemporary Folk Song’.  The music theme is also addressed by a wonderfully insightful article by Jack Lyons, who reflects on his unique musical journey ‘From Fleishmann to Townshend’.  Other articles include ‘It came out in lines of type’, Memories of a Cork Printer by the Blackpool historian, Mark Cronin, based on interviews with former Examiner printer Noel Welch.  The journal also contains reflections from management and staff on the efforts of the Cork Folklore Project to engage the community with their material, including the development of their new Outreach Hub at the North Cathedral Visitor Centre. Archive 22, which is part funded by a heritage grant from Cork City Council, is available free of charge across Cork city.  Copies can also be collected at the project’s Outreach Hub. 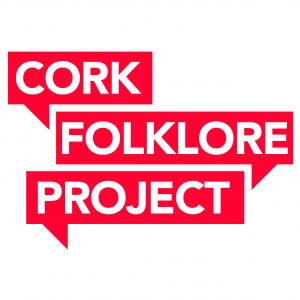